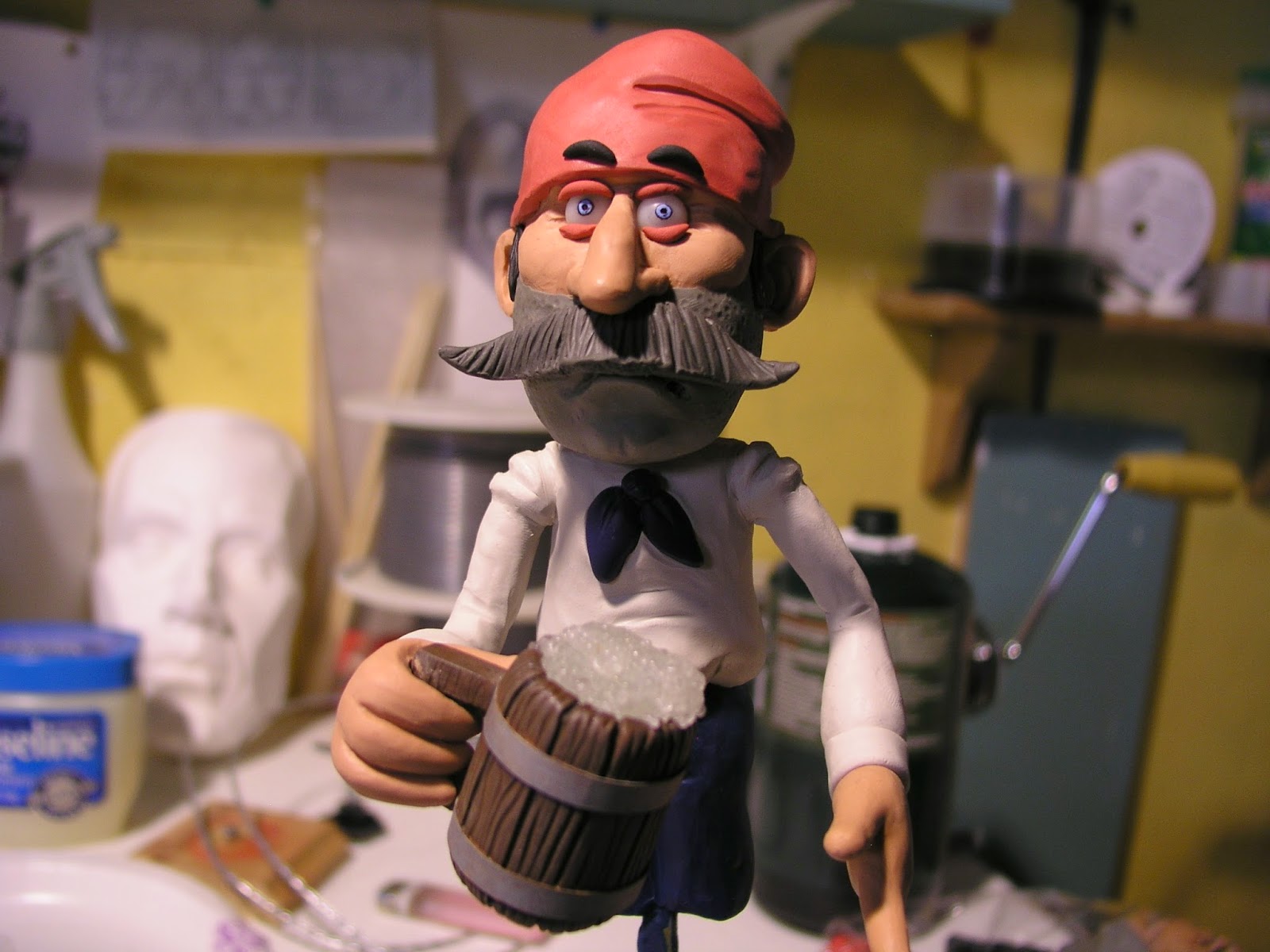 The fourth Ruble puppet is now completed. He is made using brass tubing and lead wire for the armature. The body is Van Aken clay and his scarf tie (I'll add the loop around it before I animate) is made of Premo clay. This way when his replacement faces are taken on and off, it won't get squished. That was an issue I had with the former puppet for a few scenes and decided Premo would be a good solution.

This puppet will be for the close-up shots where he has to drink his Fish Beer. He will also react to certain things happening before him. The only bad issue I can tell is where the mug connects to his hand. It has a loop of solder wire around the handle which is epoxied to a small piece of brass tubing. That in turn connects into the wrist tube. The weak point might need to be fixed by using epoxy on the wire loop around the handle which is hidden. We'll just have to test it out before animation.
Posted by Marc Spess at 6:41 PM No comments: