The story of Zombie Pirates all began on a pirate ship that sailed in the West-Indies around the year 1706....

Pirate captain Leather Beard was looking for some new loot to pay for repairs to his battle beaten ship when he spotted an island of native inhabitants. The crew found no riches except the natives themselves and decided to capture as many slaves as they could. 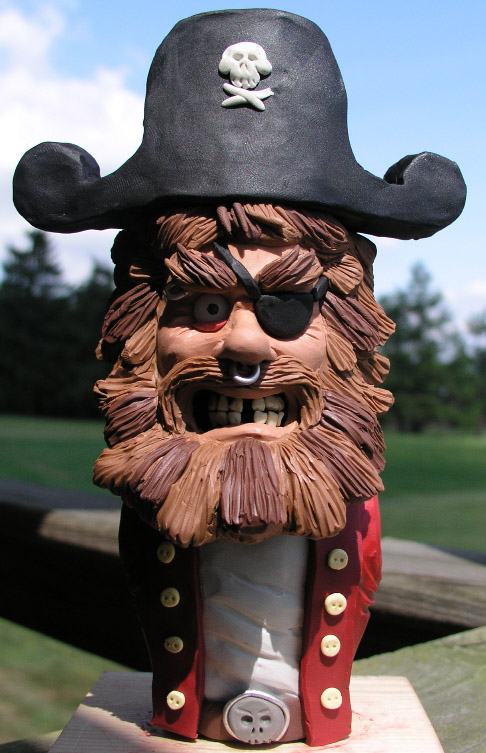 Using muskets and swords, Captain Leather Beard ordered his men to take thirty six slaves into his ship and set sail for England. The trip would be long, but once they sold the slaves they would be rich enough to get the ship repairs made and feed his crew for three months. Enough time to rob more ships and gain more riches.

One night the captain went below the deck to join his men for dinner. He took his belt off which included his personal belongings and set it to the side as he sat down to eat. The days catch was a very large tuna and a chicken they had taken during their recent pillage. They cruelly celebrated their new human slave treasure which was locked in a near by hastily erected steel jail cell. They made a game of throwing greasy chicken and fish bones at them for fun. Morals were not high on the list of these pirates!

Half way through the somewhat festive meal a blast was heard. It was a navy ship firing on them. The crew and captain rushed to the deck to return fire, being caught off guard they were confused and distraught. They never expected a late night attack.

During the commotion, one of the slaves was able to reach the captains belt and slid his sword through the metal bars of his cage. Unknown to Captain Leather Beard, he was the natives resident Voodoo witch doctor. Using the chicken and fish bones that were thrown at him and his companions, he placed a curse on the sword and hastily threw the sword back onto the floor from where he found it.

Above on the deck, Captain Leather Beard realized he needed his sword and gun to fend off the approaching navy ship full of troops. Remembering where he had last put it, he ran below deck and put on his belt. He saw the sword on the floor, glanced at the prisoners, grunted at them and and slid the sword into it's scabbard.

Soon after a cannon ball ripped straight through the bowels of the ship, creating a gaping hole. The sea water was gushing in too fast for the men to react, and the ship quickly sank to the bottom of the sea. All men on board the doomed pirate ship drowned. It was a victory for the Kings navy.

Only one person survived that night to tell of these fierce pirates. It was the young cabin boy who was dragged aboard the attacking navy ship. The young boy was later put on trial and pardoned by King Vicidious for being too young for the gallows. No provisions in the law outlined what to do with such a young pirate. And so the boy was not given a quick death by hanging that many pirates before him would have received.

Captain Leather Beard however did not share the same fate as his cabin boy. He was at the time fighting for his life while floating somewhere in the sea. He was spotted "or possibly smelled" by a large salt water crocodile and quickly swallowed in one big gulp. Even though most mortal men would not stand a chance at surviving such a threat, the captain managed to take his sword and cut his way out of the croc! Captain Leather Beard was no longer a human, but a part human, part croc!

Using his new streamlined swimming ability, Captain Leather Beard swam below the sea and pulled all of his men to shore of the near by island. Somehow when the men made it to shore, many found themselves entangles with sea creatures that tried to eat them. They also realized they had died but somehow managed to be alive. How was all this possible they thought to themselves?

The captain thought whoever he touched would became immortal. With natural pride and arrogance that only a pirate can have, Leather Beard told his men it had to be because of his natural leadership and brute strength of will that they survived. From that day on his crew called him Captain Lock Jaw for his new fearsome new features and supposed powers 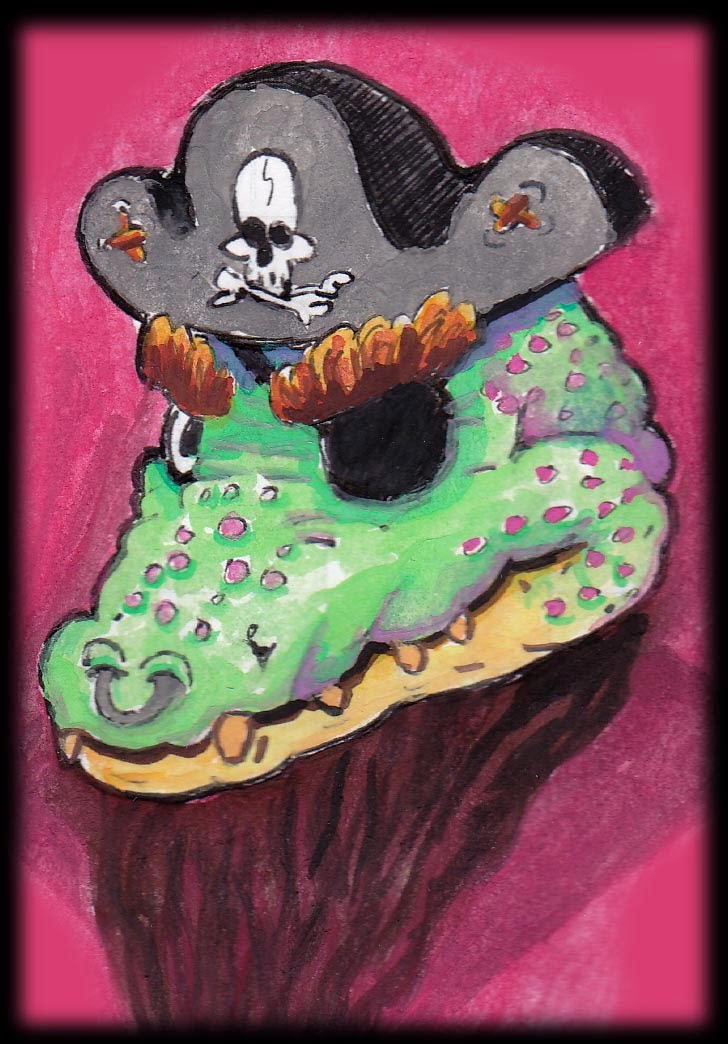 The captain soon realized he must take another ship if they were to get off the barren sand island. Searching out the island they noticed several small boats not far from where they were. They must have been washed ashore from the sinking of their ship by the navy. Their luck had changed and they used the small boats to board an armed smuggling ship with only a small crew to put up a weak fight. It was easy pick'ns, and the crew named the ship the "Ye Rusty Cork". The ship would go down in history as an unstoppable pirate ship to be avoided at all costs.

During later pirate raids Captain Lock Jaw realized his sword never managed hurt anyone he swung it at. He later found the sword would also glow and make strange sounds when he gutted sea fish to eat. Causing the fish to spring back to life. Realizing the swords potential to lose all sword fights from now on, he locked the sword in a strong chest below Ye Rusty Cork, and holds the key on his belt at all times. He also realized that it was his sword that saved his men from death, but he dare not tell them. He also decided to practice with a whip as his main weapon, and found it worked well to intimidate his own crew.

Over many years, all the kings of all the lands could not stop the immortal pirates. Lock Jaw had robbed almost every merchant ship at sea, causing all the coastal colonies to suffer. Especially when winter came and there were no spices or furs to buy.

King Vicidious needed to come up with a plan quickly to stop them. He knew if he didn't do something soon, the towns folks would rebel against him by force, and possibly behead him. Remembering the only link he had to the fierce pirates, he called upon the now much older and wiser cabin boy named John Quill to meet with him. 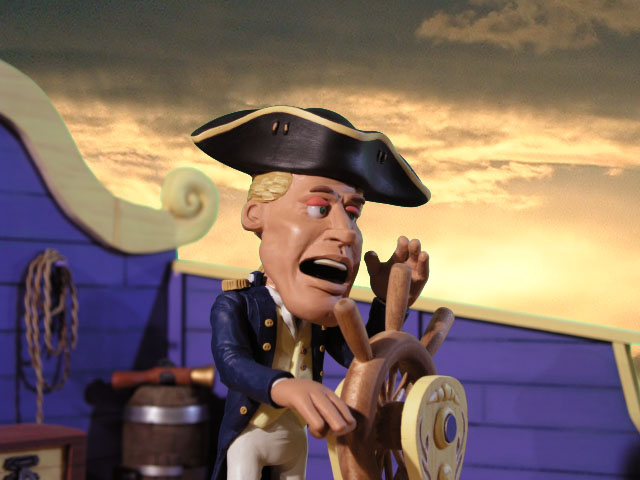 Mr. Quill who had his own respectable sea bartering business by now was a skilled captain in his own right. The King asked asked him to use his skills and knowledge of the pirates he once lived with to defeat them at sea. Defeat however would not be possible by arms, but only by stealing the loot that the pirates took and bringing the loot back to shore. The king offered Captain Quill fifteen percent of the profits, and a brand new fully armed ship called the Defiance. Quill agreed and went about to find a cunning crew to do the Kings deed.

The story takes off from this point. Each cartoon will be an account of the lives of both the Zombie Pirates, and Captain Quill and his rag tag crew.